This Is Morteza Ghazi

born in Iran 1980. I am graduated in
applied mathematics (BA) at Sharif university and I kept my study up and I did well to get my economy MA degree at Allameh Tabatabaei university … 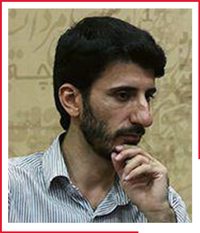 I was interested in exploring about Iran-Iraq war and also the martyrs life so as soon as I graduated I went to Revayat-e-fath Institute and began to explore about the war. I devoted 5 years of my life to search about related people to the war and also I interviewed them. In 2008 I felt I am talented in writing as I had already this capacity. Most of the time I wrote my memories in the story form by the fact, the related people to the war made me pleasant to write about their life.

It was a matter in my mind during my 5-year-research. The memory of 5 pilots of Iran army in Badr operation who became captive in Iraq 1984. After two days of their captivity, by the pressure of Iranian forces on Iraqis to be unattached, Iraqis asked these pilots to be the inductor of this freedom. Those five pilots could disarm 400 Iraqis and then delivered them to the Iranian forces. This is the adventure which is unique in Iran-Iraq war. The first book of mine is the story of these pilots entitled “Captivity in Hoor” published by Rvayat-e-Fath 2010. 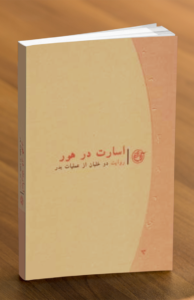 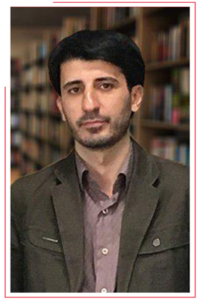 In the beginning of 2012, a news published in universal medias which was the assassination of Mustafa Ahmadi Roshan( the commercial deputy of Natanz site) . The terrorists from western countries assassinated him to stop advancing Iran to get the peaceful nuclear power. Me and Mustafa were classmate at Sharif university. When I heard about his life memories, I found out that he had totally change in comparison to the time he was a university student. I wrote a book entitled “Memorials 22” includes 100 memories from Mustafa’s life and his attempts for Iran’s nuclear power development. “Professional” was the name of the third book of mine. It was the memories of Mohammad Javad Sharifi Rad the head of bomb neutralization of air force army. I got familiar with Javad when I was exploring for making a 8-episod-documentary film in 2010. Javad who was active in cinematic visual effect after he became retired, died by an explosion in a movie and then I tried to write the memories and made them a book entitled “Professional”.

Several groups of people has been present in the war. The forces from Sepah, Army and Basij but we have less talked about Army forces. The fourth book of mine entitled “The first days of resistance” is about the memories of two army forces who were from Khorram-Shahr garrison.
My life and also my family life are acclimatized with the war.
My two brothers have died in the war and they have become Martyrs. 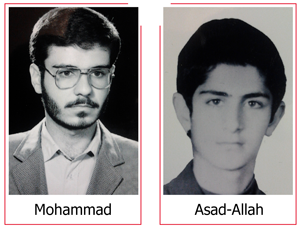 One of my brothers named Asad-allah studied religion studies in Qom and my other brother named “Mohammad” studied Medicine at IUMS university. He has a diary in which he had written his memories about 8th Val-Fajr opperation in 1985. I completed the diary and converted it to a book named “Operation of deception”.

One of the opportunities in my life is my wife whose job is completely related to mine. She had interviewed Mrs.Fatemeh Jooshi the commander of basij in Abadan about the role of women in Abadan’s resistance and her interview was edited by me then I wrote the book entitled “Number Five”. My book entitled “All alone” has been published in 2016. It was about the life of one of the classmate of mine at university named “Ali Bloorchi”. The orphan martyr who got strange spirit during the war. It was his daily work to write his great and little sins and he punished himself for doing those sins. He became martyr next to four other friends in Shalamcheh / Febriary 1987.

At the moment, it is about 16 years that I am working on Memory notation via verbal history manner. During these years I have explored in several arenas of Iran’s history specially one of my activities goes to a project about a book entitled “R” which was about the life of a martyr named Rasool Heydari. The one who became martyr in Bosnia Herzegovina 1993.

The first days of resistance 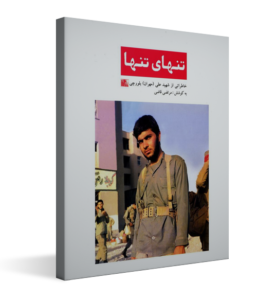